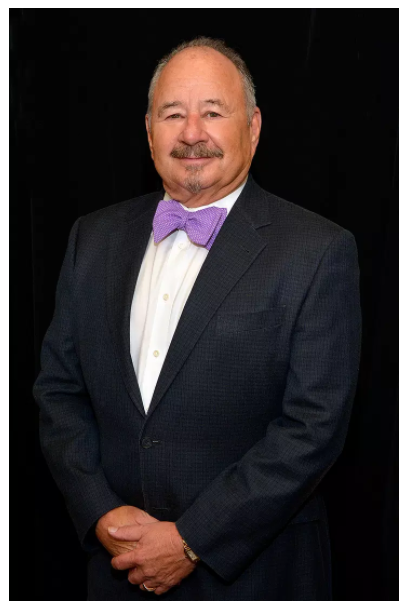 There is no better, more qualified, more recognized in the industry nor more experienced group than TCOR.

TCOR stands for Tom Corcoran, who, along with Debbie Feldman and Joe Corcoran founded TCOR hotel Partners in late 2017.

You probably know of Tom Corcoran.  If you frequent hotel industry conferences, you have probably been in the audience while Tom received a recognition award for his contributions to the hotel industry.  He has been awarded many over the years.

Most recently, the Lifetime Achievement Award from the 2019 lodging investment conference in Scottsdale.

If you have met Tom, he would not be talking about his awards.  He is more likely describing the incredible NOI TCOR’s achieving at one of his hotels.  Or how his hotel’s survived the decimation to the industry that COVID precipitated.   Or which brand has the most sensible PIP program.

Tom Corcoran lives and breathes all aspects of hotel ownership and management.

Tom cut his teeth in the hotel industry in Wichita, Kansas, back in the ‘70’s working for Jack DeBoer and Bob Brock, founders of Residence Inn.  They saw talent in Tom Corcoran, then just in his mid-thirties and elevated him to CEO.

Tom was at the helm of Residence Inn when the 50% investment by Holiday Inn deal was sealed.   Corcoran then went on to the restaurant/entertainment business acquiring the parent company of Chuck E Cheese out of bankruptcy.  Tom turned that company around and in short order was achieving profitability.

In 1991, Tom Corcoran and the late Hervey Feldman, founder of the Embassy Suites brand, established FelCor Suite Hotels.  At about the same time, Tom and Hervey personally invested in a Holiday Inn in Dallas as sole owner.

In 1994 FelCor went public as a hotel REIT and in 1996 FelCor Lodging Trust was listed on the New York Stock Exchange.

Mr. Corcoran served as President and Chief Executive Officer of FelCor from the time of its formation until his appointment to Chairman of the Board in 2006. In these 25 years, FelCor acquired, renovated, and often repositioned over 200 hotels in 39 states.  Tom Corcoran was directly involved in every transaction.

Following is a timeline of Tom Corcoran’s career.  Tom has successfully steered these organizations through some of the most trying times in the lodging business.  …  9/11 and the resulting drop in hotel demand, the financial crisis of 2008, and, of course, the Covid pandemic.

“It is not the critic who counts, nor the man who points out how the strong man stumbled, or where the doer of good deeds could have done them better. The credit belongs to the man who is actually in the arena, whose face is marred by dust and sweat and blood; who strives valiantly; who errs and comes short again and again; who knows the great enthusiasms; the great devotions; who spends himself in a worthy cause; who at the best, knows in the end the triumph of high achievement and who at the worst, if he fails, at least fails while daring greatly, so that his place shall never be with those timid souls who know neither victory or defeat."

Teddy Roosevelt’s 1910 speech “A Citizen in a Republic” given at the Sorbonne in Paris, France 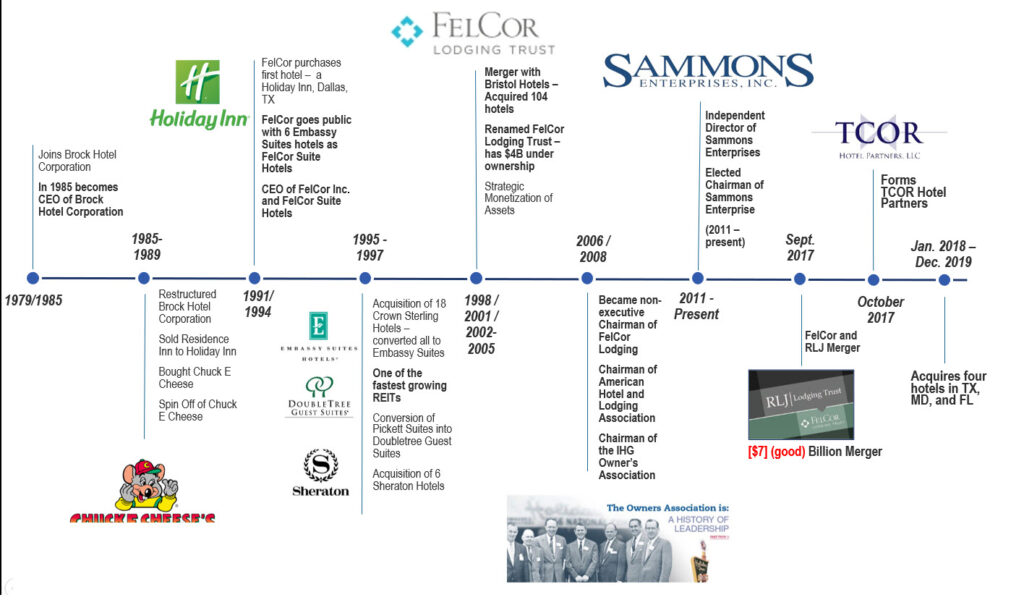